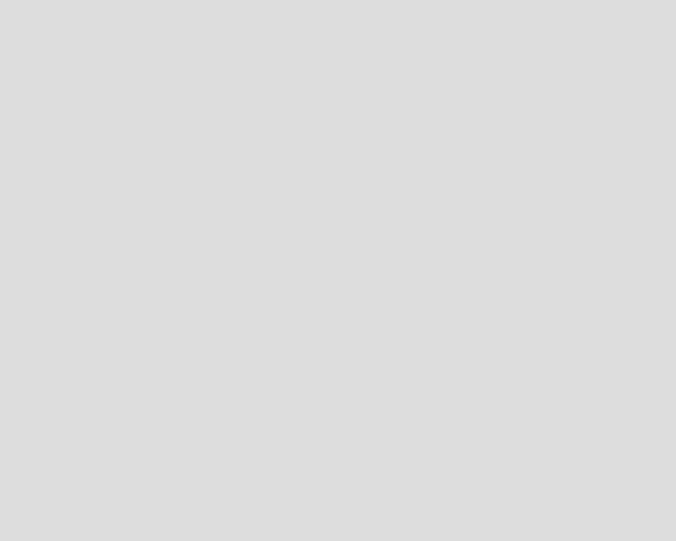 In many ways, the story of the Hotel Russel Erskine in downtown Huntsville is the story of Huntsville itself.
For over 45 years, this historic building located on the corner of Clinton and Spragins was the central hub for all civic and social gatherings. Prominent figures in Huntsville’s history called it their home, club meetings were held there, weddings were attended and major business was conducted within its walls. And in many ways, its prominence and renown within the region was a major contributing factor for Huntsville being chosen to host Redstone Arsenal. Something that has come to define the very essence of our city and economy.
But perhaps more surprising, is that the building itself was not a product of a large corporate investment or single enterprising individual looking to turn a profit, but instead the work of several local Huntsville businessmen coming together to enrich their community.

In the late 1920s, there were two passenger trains each day to and from Huntsville and Washington and New York. The travelers from these trains, most of whom had business in Huntsville (then reknown for its mills, banks, retailers, wholesalers, manufacturers and its nurseries – which were among the largest in the world), were used to life on the road and they knew what they liked in hotels.
So with everyone still basking in the the rosy financial glow of the 1920s, seven local Huntsvillians decided to undertake the creation a hotel that would impress this growing number of business travellers, or any other discriminating guest who sought well-kept, up-to-date rooms, good service and excellent food.
In the end, after coming together to form the “Huntsville Hotel Company” the major burden of assuring that all financial obligations would be met for the project fell on the shoulders of: Lawrence B. Goldsmith and Robert Schiffman (brothers in law, partners in I. Schiffman Co. dealing with commercial property, farm property warehousing, etc.), Morton M. Hutchens (Partner in the Hutchens Company, plumbing, heating and electrical supplies, hardware, wholesale and retail), Robert E Smith (attorney at law), T.T. Terry (dry goods merchant on the square), Wells M. Stanley (a vice president of the Alabama Power Company) & J. Emory Pierce (editor and general manager of the Huntsville Daily Times).
Investing a grand total $614,932.92 into the project, (which equates to nearly $8.9 million in today’s economy – a large sum of money to invest in a town of only about 11,500 people) the Huntsville Hotel Group along with Huntsville’s business and civic leadership saw itself as the commercial capital of North Alabama and viewed this hotel as a way to announce that to the country.
And so, on January 3rd 1930, three years after forming the Huntsville Hotel Company and after a lengthy and somewhat tumultuous financing and construction process (and just a few short months after the stock market crashed in October of 1929), the Hotel Russell Erskine opened its doors and celebrated with a grand party, which was has been boasted as one of the bigger-than-life occasions in Huntsville’s history.

The hotel stood 12 stories, boasted 132 rooms and was equipped with a number of modern luxuries for the time including running ice water, electric fans, and a radio in every room. This last involved a rather expensive rooftop radio antenna that brought broadcasts to each and every room by means of radio cables.
Once inside the hotel, visitors could either turn left into the barber shop, go right into the Blue Room (perhaps to a luncheon) or walk straight ahead toward the lobby which featured marble floors, elegant chandeliers red damask curtains, thick rugs, a brass and marble reception desk, and Miss Josephine’s newsstand which was filled with magazines, candy, tobacco goods and comic books. From there you could climb the stairs on the left to go into the beauty shop or the office of the Automobile Association of America, which later became the home of the Rocket Club. One could also continue on to the hotel’s coffee shop, then Huntsville’s most elegant restaurant, or walk through the lobby to the ballroom which hosted club meetings, parties, proms and wedding receptions along with other events.
The tallest hotel with the most rooms in all of the Tennessee Valley, the Hotel Russel Erskine was the place to stay when one had business in North Alabama.

Named after Huntsville native Albert Russel Erskine who went on to become an automobile magnate and president of Studebaker Motors, there is quite the plethora of colorful stories about how the hotel came to settle on that name. According to some, the original name for the hotel was meant to have been the Joe Wheeler, after the famous Confederate general. However after financing fell through and building capital fell short the founders decided to name it the Russel Erskine in the hopes that as a member of one of the oldest Huntsville families he could be expected to enter into the civic spirit of the enterprise to the extent of investing substantial funds into it.
However, after noting he was down for 100 shares of stock and the pledge of a $10,000 investment during a meeting on April 1928, it is said that he was unfortunately not good for his word and reportedly only invested a token $500 into the project in addition to loaning the Huntsville Hotel Company an oil portrait of himself. (Under the condition that he reserved the right to withdraw the portrait from the hotel at some future time).
Other sources state that the name change from Joe Wheeler to Russell Erskine was a direct condition from Russell Erskine himself in response to the request for financial support from the hotel financiers but that when he arrived for the grand opening (which other sources say he did not even attend) he was wined and dined, but left without opening his wallet.
Sadly, just a few short years after the grand opening of the hotel in 1930 Erskine committed suicide in 1933 after becoming distraught over the Studebaker company entering bankruptcy during the great depression. He is buried at the top of the hill in Maple Hill cemetery.

A LIGHT IN THE DARKNESS

After the stock market crash in October of the previous year, there were ominous signs that the nation’s economy was in serious trouble at the time of the Hotel’s opening in 1930. However, with the guidance of the stockholders, the directors and the sure hand of Lawrence Goldsmith Sr, the hotel remained open and solvent so that when the economy recovered the hotel was able to fulfill its promise of becoming the social and civic center of Huntsville.
On Sunday afternoons, churchgoers from the town’s six or seven downtown churches would flock to the Hotel Russel Erskine wearing hats, gloves, suits and ties to lunch at the coffee house. Greeted by the head waiter, Cristo in his dark pants and white coat, the townspeople would dine on menu items such as homemade rolls, chicken croquettes, red snapper, prime rib, steak and for dessert ice cream or apple pie.
It was the gathering place for most club meetings, civic and social, for weddings, proms, business meetings, and birthday parties. And in the words of the former manager Jimmie Taylor “provided a facility for everything but funerals.”
The Hotel also contributed greatly to Huntsville’s growth, serving as caterer for most of Huntsville’s major events it became a major player in luring the generals who would choose Huntsville as the site for Redstone Arsenal during the approach of World War II, which in turn would become the site of the space and rocket industry that brought prosperity and growth to a city that may have otherwise remained a farming and mill town.

After the war, Huntsville was a quickly growing and changing city and soon it found itself outgrowing the hotel in favor of more modern facilities that were being built to accommodate the needs of the growing community.
Motels were being built to serve travelers not arriving by train anymore, but by cars and planes. Retail business began migrating from the downtown area which had been its home since the founding of the city in the 1800s to the newly constructed parkway.
Slowly but surely it became apparent that like other, older, downtown hotels all over the country the Hotel Russel Erskine was doomed.
And so it was in the winter of 1975 that the hotel said goodbye to its last guest and closed its doors.

After being rented for some years after the hotel’s closing, several investors purchased it, intending to alter the building into a suite hotel. This plan was soon abandoned though and eventually the building was purchased by a group who converted the hotel into HUD apartments for the elderly. It has been remodeled from its original 132 rooms to contain 69 apartments: 57 one-bedroom units; 10 two-bedroom units, and two rooms for handicapped residents. However the main lobby and ballroom, while somewhat remodeled over the years, have remained relatively intact, the ballroom itself has undergone an extensive restoration recently.
Today, the Hotel Russel Erskine is the last tall building from the 1920s and the only one of these in the Neo-Classical Revival style still standing in Huntsville.
I want to take moment to say a special thanks to the Huntsville History Collection for publishing a wonderful collection of essays on the history of the Russel Erskine Hotel in Volume 30, Number 3-4, Fall/Winter 2004 issue of the Historic Huntsville Quarterly where much of the information for this post was gleaned.  If you are interested in learning more about the history of the Russel Erskine, I highly recommend reading the full set of essays for yourself! Once each year, the Rocket City celebrates its culinary diversity, award-winning dishes, and local flavor with a 10-day event known as Huntsville Restaurant Week. 2020 is no different. In fact, this year will be the largest promotion to date with more restaurants participating than ever before. This means there are endless opportunities to explore our food scene while enjoying discounts, deals, and giveaways!